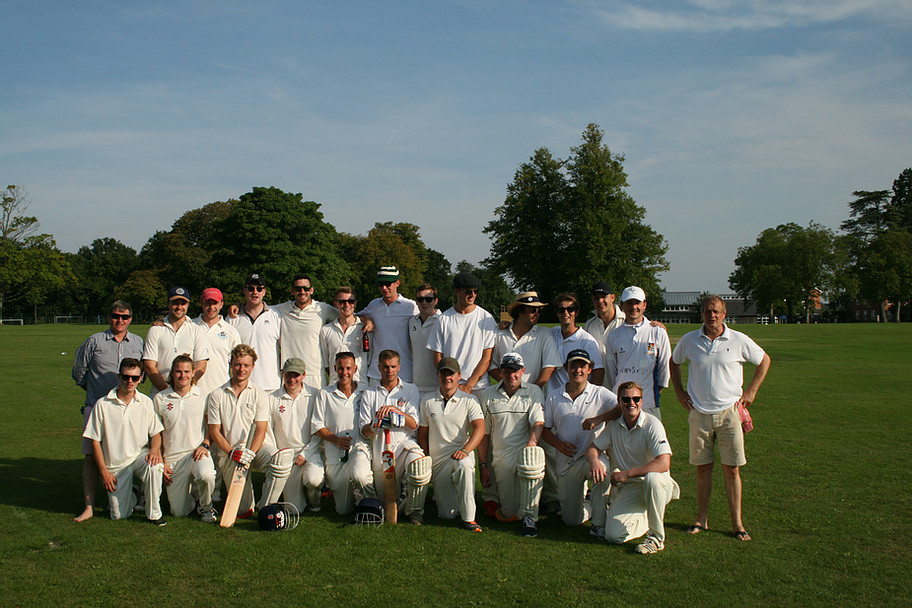 What better way to spend a hot bank holiday monday than with your former school peers, a few beers and cricket pitch.

The Charlie Watkins Memorial Cricket Match, was an idea put forward by Will Hiscocks, a lifelong friend of Charlie, which proved to be a wonderful idea. The sun was shining and spectators came out on mass to watch the some what out of shape former school boys battle it out in what was only meant to be a “friendly” game.

Will Hiscocks side took to the game well producing a respectable score, especially with Harry Dixon-Smith who came in to hit around 65* along with Charlie Samuelson and Jack Barham falling just short of their 50’s. Bowling from both Harry Watkins and Alex Mann did seem to hold the team at bay, however, the team went on to produce 242 after their 25 overs were up.

Harry Watkins’ side, perhaps enjoying the afternoon refreshments a little to much, seemed to get off to a half decent start, with all believing that this really could go down to the last ball. Hamish Derrick led the way for the side retiring on 50* along with Toby Waddington who thought that hitting boundaries was a lot easier than running between the wicket. The Lower order did put up a valiant effort, but it all seemed a little to late, even with a mighty six being hit on the last ball by Hector Mason, finally resulting in falling just 7 runs short of the required total for a victory.

Special mention does have to go out to the umpires, a former and current member of staff, who put up with what seemed to be 22 hyped up children. Old Buckenham Hall and Russell Barrett must also be thanked for letting us use their grounds and for preparing the pitch for us.

The day was a great success with over 150 people coming to watch the match and kind gifts being donated to the raffle. At the end of the day the target value was beaten and a total of £5,600 (approx.) was achieved!!!

The foundation is very grateful for all that made the day so special and looks forward to future events.