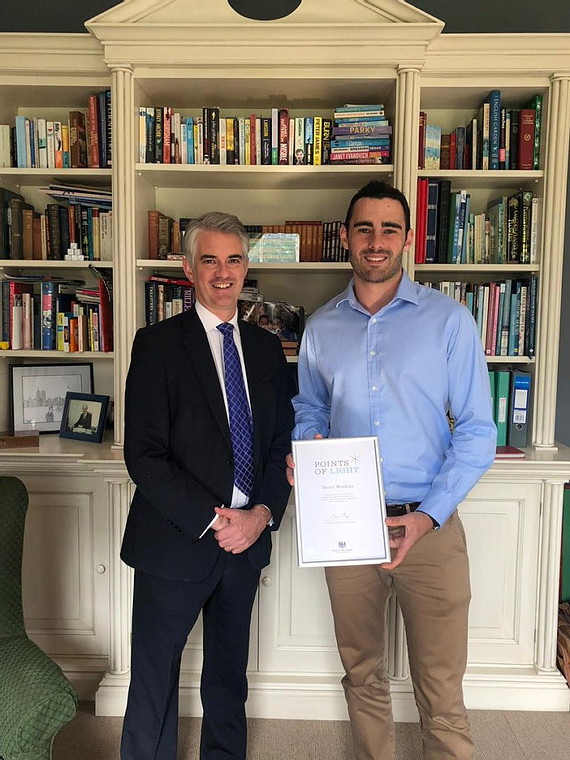 Today is a big day for the Charlie Watkins Foundation.

Today our founder, Harry Watkins has been invited to 10 Downing Street by the Prime Minister to mark World Mental Health Day. This news comes as Theresa May has commemorated this special day by appointing her first ever minister for suicide prevention.

Excited for the day ahead, Harry commented:

“This is a great step forward for the foundation and I am thrilled that we have been recognised by the Prime Minister twice in a month. This shows that the foundation has a lot of momentum at the moment and it is something I want to hone and build upon. I would like to thank everyone for their support. The commitment from people fundraising, volunteering and promoting the foundation has got us to where we are now and I couldn’t be prouder.”

The BBC have reported that today’s meeting will also be attended by the Duke and Duchess of Cambridge.

Commenting on the announcement of the appointment of Jackie Doyle-Price as the new suicide prevention minister, Harry Watkins said:

“This is a welcome change made by central government. It is a big step and hopefully one which will create an open conversation between government and organisations like our own, to explore what can be done to prevent more people taking their lives. Even though there are reports of declining figures in suicide, this does not take into consideration the staggering amounts of people still suffering from issues with their mental health. These figures show the risk of what could be and we need to ensure that together, we do all we can to support those who are suffering. There is a long way to go, but I am optimistic that this is a step in the right direction.”