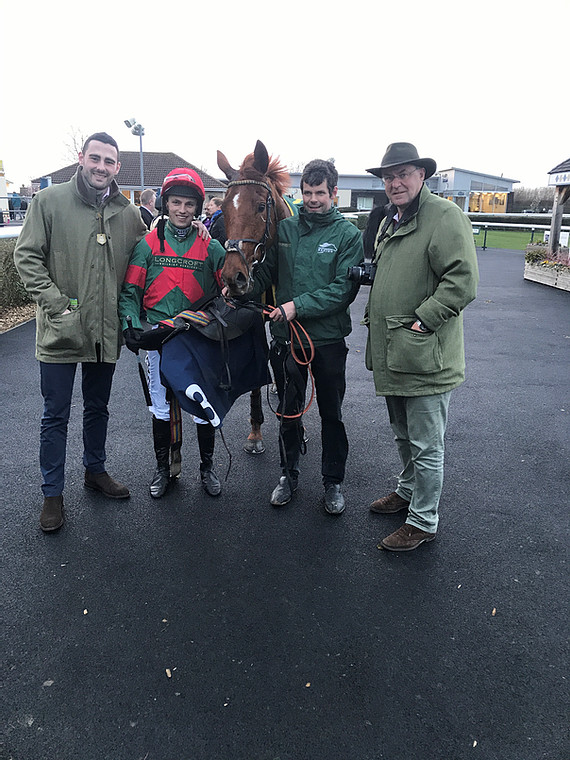 A local jockey came second place at a racecourse on Sunday in memory of a school friend who took his own life.

Max Kendrick, who was friends with the late Charlie Watkins when they were at school, rode his horse, Chat to Charlie, at his first ever race in Cambridgeshire at Huntingdon Racecourse.

Max and his mother, Carolyn, decided to name the racehorse after an online mental health initiative created by the Charlie Watkins Foundation in conjunction with Mid and North East Essex Mind in a bid to raise awareness of platform.

The platform, Chat with Charlie, is a 1:1 platform offered to students at the University of Essex and is funded by the Charlie Watkins Foundation.

The foundation aims to increase the awareness of mental health in young people, particularly young men, and collects donations to fund Chat with Charlie.

Harry Watkins, Charlie’s twin brother and founder of the Charlie Watkins Foundation, said: “It’s been brilliant to see Chat to Charlie come second in his first ever race and my thanks goes to both Max and Carolyn for giving Chat with Charlie this publicity.

“As time progresses, more people will ask about the horse and his name which can only increase awareness of the platform and mental health issues in young people today.

“I am thoroughly looking forward to Chat to Charlie’s future races, he shows true promise.”

It is hoped that the foundation will soon raise enough funds to roll Chat with Charlie out to the University of York, which is where Charlie was a student.