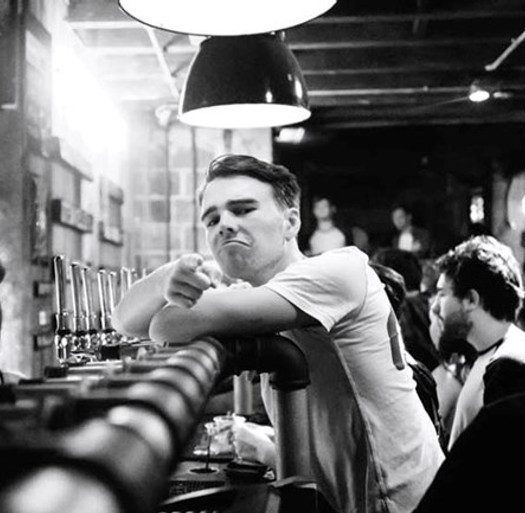 An open letter from the twin brother of a man who took his own life two years ago today has called for more to be done with regards to mental health in young people, in particular men.

Harry Watkins, whose brother Charlie was only 22 when he died, wrote the letter to mark the two-year anniversary of his brother’s passing.

The letter details Charlie’s “bravery” at fighting his mental health battle alone and how he “took for granted the bond [they] shared.”

Essex-born Charlie Watkins took his life after a battle with mental health that spanned many years.

Harry and Charlie tragically lost their mother to cancer at nine years of age and it is thought that Charlie never fully recovered from the loss.

The letter reads as follows:

It feels strange to write a letter to you now, although it is somewhat therapeutic. I used to think that I knew what you were thinking, yet it is clear to me now that I never truly knew. It is obvious that I did not know of the demons you were battling in your head, or what you were forced to do next.

It has been two years since the saddest day of my life. The day I will never forget, chiselled in my mind like a mason takes to stone, and there it will remain. It serves me not as an infliction of pain, but as a reminder of the work I have to do in your name. Even though you may no longer be with us, your name lives on. The Charlie Watkins Foundation is a symbol, for all those who struggle with the same fight which you so bravely struggled with alone, to show them that there is hope and most importantly, solace.

There is not a day that goes past where I don’t think of you. Watching films we’d seen, eating at restaurants where we’d gone to, and even going to the pub where you so often “forgot” to take your wallet. What I would give now to buy you one more pint is immeasurable.

It is not often someone at the age of 24 can say that they have lost a brother, furthermore a twin. It is a connection that is like no other. I constantly feel like there is something missing from my life. I took for granted the bond we shared. I never said I loved you enough or actually admitted you were the quite good-looking brother who had a certain way with words. I lived in awe of your speedy wit and ability to understand a joke a lot quicker than me. I still replay some of your jokes in my head, having a private laugh every now and then. To be honest, I still don’t quite understand one or two of them. Then again, we always knew who the smarter brother was.

Upon undertaking work for the Charlie Watkins Foundation, it became clear that there was a problem out there, and not a small one either. I hadn’t realised that suicide is the biggest killer of men under the age of 45. How did I not know this? I assumed it was potentially my ignorance, but upon further investigation and talking to friends I realised that they too were none the wiser. Why is there such a stigma surrounding mental health? If it was cancer or dementia, I’m sure everyone would be talking about it. This brought us, the foundation, to one of our key questions and goals. How do we get people to talk about mental health without being scared to do so? This is why we designed Chat with Charlie in your name. It is an online chat-room. A place where students can turn when they are struggling. Hopefully we will be able to spread this nationwide, helping as many as possible. If only there was something like this for you when you were suffering.

Charlie, I will never forget you but will learn to cope with living without you. I will carry your memory with me always, as I do with mum’s. I so often think about what you would be doing now. What job you would have, where you would live, and what beautiful girlfriend you would no doubt have. Sadly though, these are things I will have to leave to the imagination.

Take happiness darling brother, knowing that there is always a place in my heart for you to reside, as I know the case to be true with so many others.

I wish you eternal love and peace.