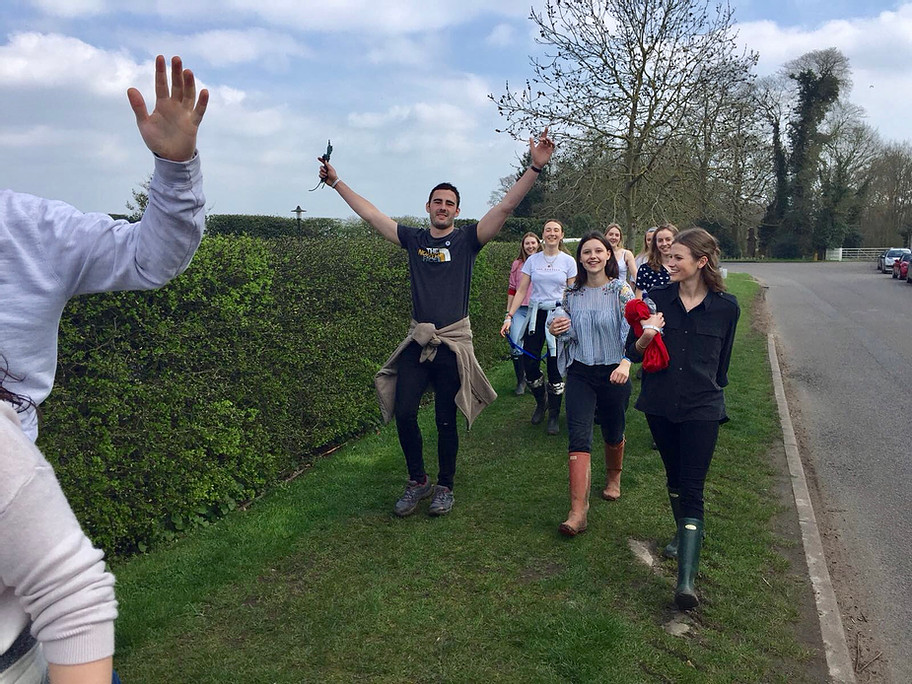 More than 250 walkers took a step in the right direction with a walk and talk event in aid of the Charlie Watkins Foundation. The organisation was set up in memory of Charlie Watkins by his twin brother Harry after Charlie tragically took his life in March 2017. He was only 22.

The walk and talk event, which took place on Saturday, began at the Crown, Stoke by Nayland with walkers being led in groups around a six-mile trail in the beautiful Essex countryside, where Charlie grew up.

Harry said: “The amount of support we have received has been incredible. This walk and talk event became full very quickly, and the turnout is humbling to see.

“All the donations from this walk will be funnelled into providing awareness surrounding mental health and helping those in need.”

The foundation aims to raise the awareness of mental health in young people, especially men and it has secured £12,200 in donations on its JustGiving page.

The walk and talk event has received more than £7,500 in donations from the walkers.

Harry and his father, Tim Watkins, were recently interviewed as part of an ITV Anglia segment on their brand-new project, Chat with Charlie, on the anniversary of Charlie’s death.

Chat with Charlie will be an online platform for university students to use if they need help regarding their mental health. It is being funded by donations to the Charlie Watkins Foundation JustGiving page, which is under the umbrella of the Essex Community Foundation. Chat with Charlie will be trialled at the University of Essex from the offices of Mid and North East Essex Mind.

The Charlie Watkins Foundation would like to give a special thanks to the following organisations:

Without their generosity the walk and talk event would not have been possible.