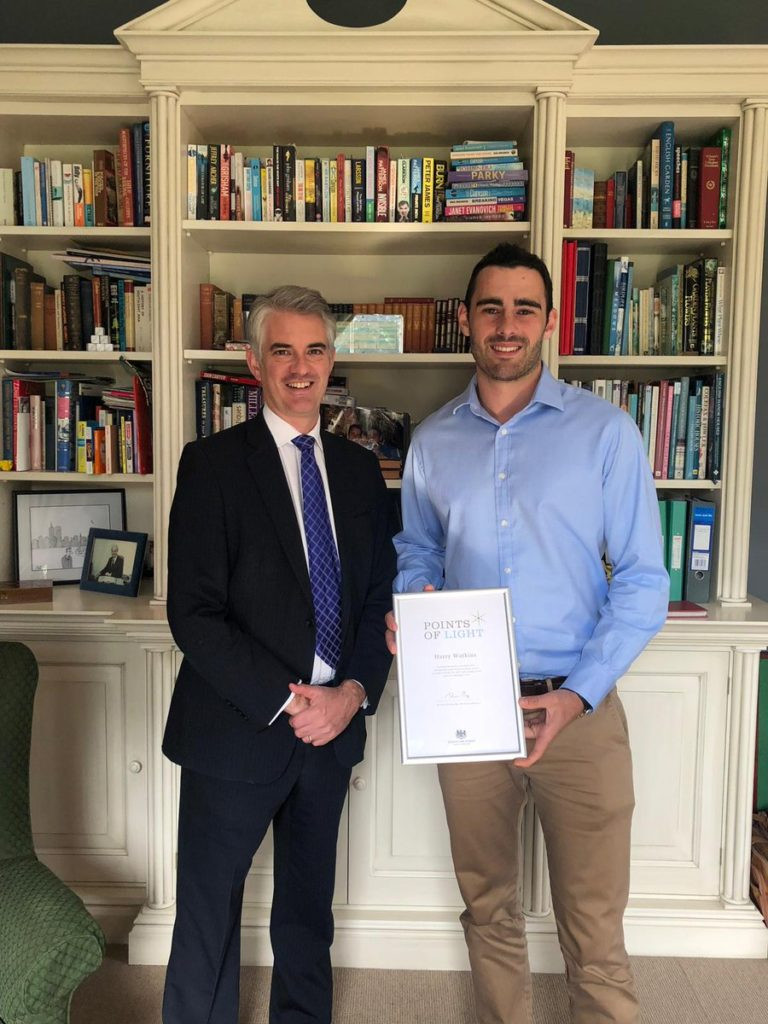 The Charlie Watkins Foundation’s founder, Harry Watkins, has been awarded a Points of Light award from the Prime Minister.

More than 800,000 people commit suicide annually and, according to the World Suicide Prevention organisation, every suicide affects 135 people.

This means that 108 million people are bereaved from suicide every year.

With World Suicide Prevention Day coming up on 10th September, it’s more important than ever to make a change and prevent it.

The Charlie Watkins Foundation was set up in 2017 a few months after Charlie Watkins took his life. Charlie never recovered from the tragic loss of his mother when he was nine years old and struggled with his mental health throughout his life.

Charlie’s twin brother Harry set up the foundation in his memory. The initial objectives of the foundation were to increase awareness in mental health issues in young people, encourage vulnerable young people to talk and to accelerate the provision of counselling services to young people.

Since then, the foundation has gone from strength to strength. On the anniversary of Charlie’s death, the foundation launched Chat with Charlie in conjunction with the University of Essex and Mid and North East Essex Mind. Chat with Charlie is a one-on-one online platform in which students at the university can speak to trained volunteers about their mental health and wellbeing.

In time, the foundation is hoping to roll Chat with Charlie out to other universities including the University of Suffolk and the University of York, where Charlie was a student. To help them get closer to their goal, you can volunteer your time to the Charlie Watkins Foundation or donate on the JustGiving page. Help us make a difference.